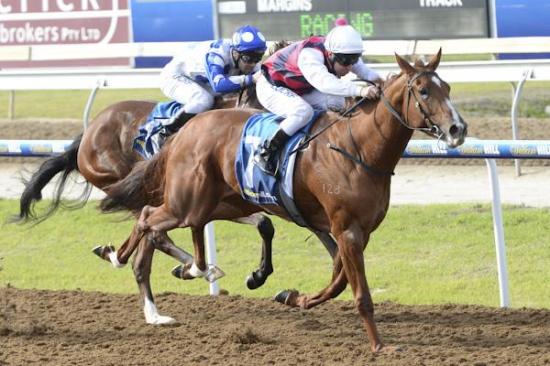 It may have taken a while for Negative Nelly to make her way to the barriers for the running of the City Of Geelong Maiden Plate on Tuesday but she made it worth the wait by recording an impressive first up victory.

Having her first run since January, and her first for the stable, the lightly raced four-year-old has been a bit of a barrier rogue but patience is paying off and whilst she was not so keen to get to the gates once in there she was perfectly behaved!

Settling nicely in third position along the rails, Negative Nelly enjoyed a good run under Ryan Maloney and had plenty to offer in the run home - getting clear late to win by 3/4 length with plenty in hand.

"She was a bit temperamental," Maloney reported, "but we persevered and it paid off and it was a nice win - one which I think can only give her a bit of encouragement."

Sarah Moran agreed - "hopefully that gives her a bit of confidence and we can get more out of her."

Raced by Tony Conte, Negative Nelly is a daughter of Sebring and the unraced Tale Of The Cat mare Beauty Kit from the family of stakes winners Motion Pictures, West Dancer, Galaxy Fair, Strawberry Fair, Taineberry and Fiorita.