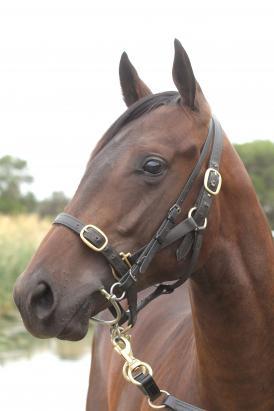 A horse who showed good promise during his debut campaign over the winter, Broadway Danza has progressed nicely and at his first three-year-old start at Bairnsdale on Tuesday was able to break his maiden in smart fashion.

Drifting back off a tardy start, Broadway Danza was patiently ridden by Andrew Mallyon who "gave him the perfect ride to get him past the post."

"He is a horse who will develop the more he races," Robbie Griffiths said - "he can still do a few things wrong and there is further improvement to come."

Sporting blinkers for the first time, Broadway Danza took the gaps as they came, showing plenty of heart.

A $60,000 2014 Melbourne Premier graduate, Broadway Danza is by one of our favourite stallions Danzero. His dam is the unraced Street Cry mare Broadway Ellie, daughter of the US stakes winner Marisa Go.