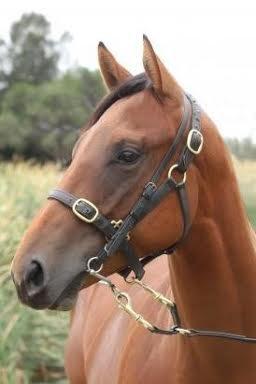 The first leg of our Sale double on Christmas Eve, Charlie Garcon was an impressive winner despite - at only his fourth start - still doing a fair bit wrong.

"I thought from the inside gate that we could dictate terms," said jockey Craig Newitt who had to switch to plan B when the lightly raced three-year-old did not show enough pace.

"He got burned for speed so we ended up buried away on the fence and I just had to wait for the runs to come... and when they did he picked up really well."

"He is still immature," Newitt concluded, "and I am sure he will only go onwards and upwards from here."

Favourite at his previous start when wanting to buck - always well back whilst racing greenly - Charlie Garcon keeps improving and his effort to find so much along the rails was a strong one.

A son of Myboycharlie, Charlie Garcon is the first foal for the winning Encosta de Lago mare Vital Mist. In August producinga filly by Exceed and Excel, she hails from a strong international family whose members include the Group One winners November Show, Bounding and Morning Line as well as local stallion Kuroshio.