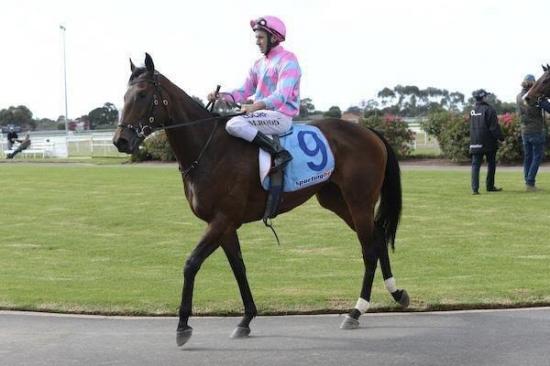 It was certainly a Happy New Year for the stable with the tough and determined mare Solar Duchess recording an impressive victory at Mornington on Friday.

Racing in great heart this preparation, the five-year-old has won three of five since resuming in late October and there have been two common factors to her success - each of her victories coming at Mornington and each for Andrew Mallyon.

"It was great to see Andrew and Solar Duchess combine for another win at Mornington," said Robbie Griffiths.

"She really seems to have a liking for the track and Andrew knows here well. Hopefully she can keep progressing."

Drifting back to the rear from a tricky gate in the small field, Solar Duchess began her run out wide from the 400m, giving the leaders three lengths upon straightening.

Taking a few strides to gain her momentum, Solar Duchess really let go over the last 50m, hitting the front close to home and getting clear over the very final stages to win by a soft half length.

It was win number five from 20 starts for the consistent mare whose dam Solar Antiquity was a favourite in the stable, winning three races and running second to Glamour Puss in the Gr.1 Goodwood Handicap.