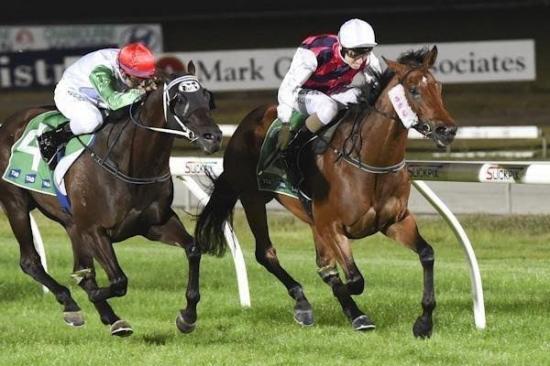 It was a deserved win for Lannister at Cranbourne on Friday night, the honest five-year-old having been in consistent form, not always having the best of luck in his lead up runs.

Beautifully steered by regular rider Andrew Mallyon in the Browns Sawdust & Shavings Handicap, Lannister enjoyed a nice trail midfield before getting a run into the clear before the turn.

Looming up three wide into the straight, Lannister had a job to chase down Black Chevalier who had given a good kick but he was determined to the line, putting his nose out close to home.

In doing so recording the fifth success of his 43 start career, Lannister increased his prize money tally to a more than healthy $161,045.

"He had a beautiful run," said Mallyon who did a good job to slot Lannister in early from a wide gate.

"He is best ridden with cover but due to bad barriers that has not always been possible."

"But tonight I was confident in the running and I just had to sit and wait. We got there a little bit early but he put his head out where it counted."

A son of the Blue Diamond Stakes winner Reaan, he is one of six winners produced by the Tasmanian Oaks and Strutt Stakes winner Taleer. Last October producing a colt by Skilled, she is also dam of the city winners Get Set and Cinnamona.