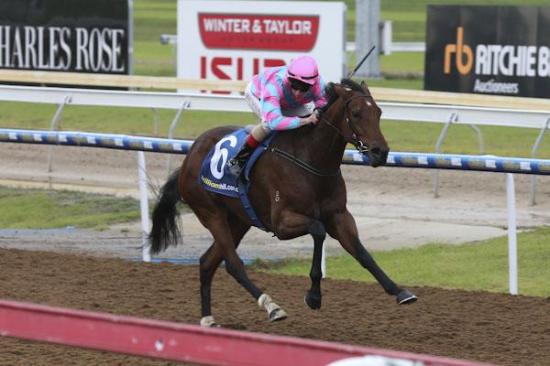 It took a little while for Heavenly Dancer to break through for her first win but it was certainly worth the wait as the four-year-old raced away to a stunning victory at Geelong on Tuesday.

Having her tenth start, the bay was partnered with Chris Parnham for the first time and the pair enjoyed a good run settling fourth along the rails.

Joining in upon straightening, Heavenly Dancer quickly put ground on her rivals and her winning margin was an impressive five lengths.

"She has raced so consistently so it was great to see things go her way," Robbie Griffiths said.

"She won so well and hopefully it will give her the confidence she needs to go right on with it now."

Raced by Dennis & Carole Malcolm, Kent & Cheryl Williams, Sam Biondo, Elizabeth Wilson and the Pawd Syndicate, Heavenly Dancer is - as her name suggests - a daughter of the Caulfield Guineas winner God's Own (pictured).

s the eighth foal and fifth winner for the stakes placed multiple city winning Rokosz mare Court Dancer who was also bred and raced by the Malcolms.