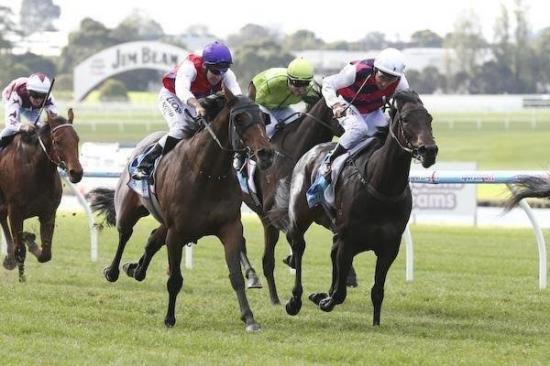 It had been a while between drinks for Native Land but there was no doubting her will to win at Echuca on Tuesday, the five-year-old mare recording a dominant victory as favourite in the De Bortoli Handicap.

The second leg of a winning double for the stable, she was always travelling well for Ryan Maloney, enjoying a nice trail before making her run out wide from the 600m.

Looming up three wide at the turn, Native Land quickly put pay to her rivals, racing away to win by the impressive margin of 4 3/4 lengths.

Having got too far back from a wide gate at her previous start in town, Native Land appreciated both the drop in class and the step up to 1600m.

Though the real key to her success lays at home where she has been relishing being schooled.

"She absolutely loves it," said stable representative Beth Schoen, "it is her favourite part of the week!"

"It was a good win today," she continued, noting that "she has not always had the best of luck in her races."

Ryan Maloney is confident that Native Land, who has won three of her 26 starts (with a further six placings to her credit, amassing over $120,000 in stakes), has more to give.

"She began well and switched off beautifully and she put them away quite easily. The schooling seems to have sharpened her up and hopefully that win gives her the confidence to string a few together."