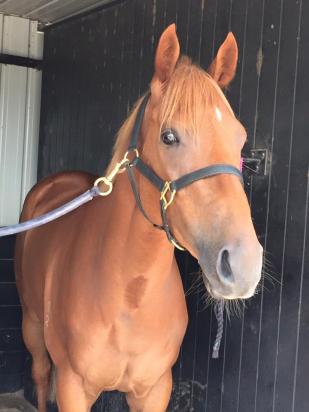 Sent out favourite on the back of a bold debut showing at Stony Creek a few weeks ago, Reward The Dream was straight to the lead in the 1200m maiden at Geelong on Wednesday and there he stayed!

Always travelling like the winner, the promising Reward For Effort three-year-old did a good job after dwelling slightly at the start, jockey Matthew Allen noting that "he can be a bit funny in the barriers."

"But once he hit the ground he showed good speed and he relaxed really well. I always felt that he was going to quicken which he did - he is a speedy little horse who was nice and strong through the line."

Don Healy agreed - "he might get to 1400m, maybe a mile later but he still has a lot of maturing to do. He has the potential but he just needs to grow into himself."

Hailing from a good European family, Futher Intrigue is a daughter of the stakes placed Danehill mare That Kind Of Girl whose grandam is the multiple Group One winner Mrs Penny.