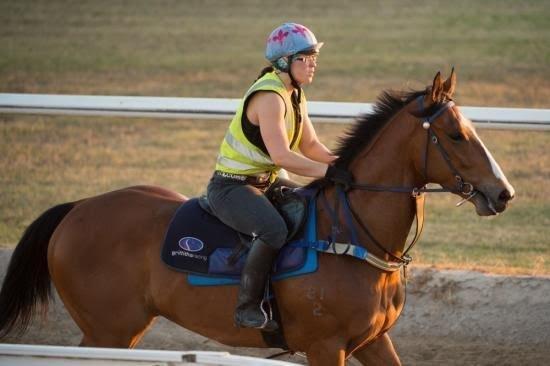 The stable's winning run continued at Warrnambool on Thursday, Sons Of Glory breaking his maiden in the style of a horse going places.

Appreciating a step up to 1700m having been close up over 1419 at his previous outing at Sale, the lightly raced three-year-old enjoyed a nice trail in a fast run race, well ridden by Dean Yendall.

Though things did not all go to plan for Yendall who chose to make his run from before the turn, worried that the leader was about to get a good break -"but he punctured and we were left out there by ourselves."

Which was a lesson for Sons Of Glory who was not sure what to do once out by himself - "he wandered around and just wasn't sure of himself," said Yendall - "he has still got a lot to learn but he will take confidence from that win."

Challenged late by Zupa, Sons Of Glory kept digging and hopefully he is ready to go on with it having broken through at his sixth outing.

Raced by Nicole Atkinson, Sons Of Glory was a $14,000 weanling purchase at the 2013 Magic Millions sale. He is a son of Danehill's multiple Group One winning star Duke Of Marmalade and the two times winning Galileo mare Coral Reef whose grandam Knight's Baroness won the Irish Oaks.