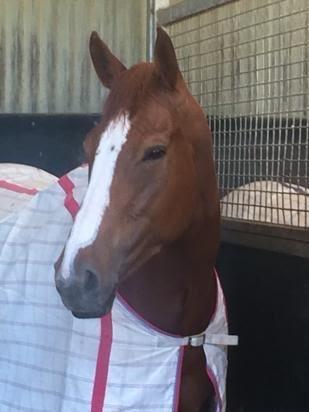 It is no mean feat stepping up from a maiden victory to BM64 company but Sandon's Stage did just that - and with aplomb - at Sale on Sunday, most impressive making it two wins from as many starts.

Whilst her winning margin of 1 1/4 lengths was a strong one, it is not truly indicative of just how good an effort it was - Sandon's Stage doing a fair bit wrong and finding trouble in running.

Slightly slowly away and inclined to get her head up during the race, Sandon's Stage ran into the back of horses in the run home, not clear until the 200m and green once the gap came.

But there was plenty left in the motor as she raced away and the four-year-old is an exciting prospect.

"We have always thought she was pretty fast," said the stable's Jade Matthews, "but she still has no idea what she is doing."

"She is such a big horse and when she was held up I thought she would probably just climb all over the top of them! But she managed to get out and she was so strong to the line."

Jockey Jye McNeil was again impressed, "it was just a matter of waiting for the gap to come," he said, noting that her victory came despite her rawness - "she won that just on pure ability... she put them to bed pretty quickly."

"She had been working pretty well and I was confident coming into this race. She will take a lot out of it and hopefully she can keep stepping up and progressing through the grades."

A home-bred for Mark & Jennifer Hayes who named her after their son Sandon, Sandon's Stage is out of a half-sister to the stakes winners De France and Whistler and she is a daughter of one our favourite stallions, the reliable Magnus.