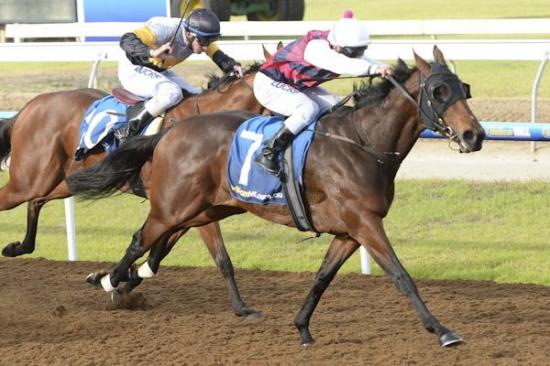 Aided by a lovely ride from Ryan Maloney, Laguna Vista was strong to the line saluting first up in dominant fashion at Geelong on Tuesday.

Having her first run since early February, the four-year-old looked to be faced with a tricky assignment from a wide gate but Maloney had her quickly into the box seat and from there she was always travelling like the winner.

Joining the lead at the 200m and getting clear from the 100m, Laguna Vista saluted by 1 1/4 - recording her third victory from 14 starts.

"It was a fantastic return," Robbie enthused.

"I had been pleased with her work so I was confident going into the vent though the barrier was always a concern."

"It was a great rid by Ryan to get her into such a good position."

Laguna Vista is now a two times winner on the Geelong synthetic, making her easy to place - "she performs well on that surface which is great coming into the winter months," said Robbie.

A daughter of consistent stallion Charge Forward, she is out of the city winning Encosta de Lago mare Port Isabel, a daughter of the Listed winner Calming from the family of international Group One winner War Artist.