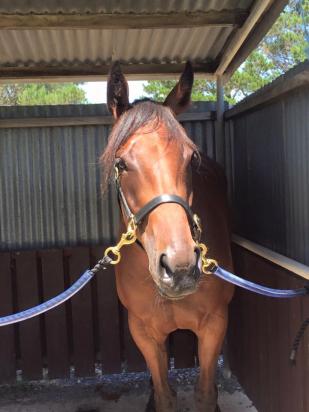 It was a well earned victory for Dance With Fontein at Ararat on Monday, the lightly raced three-year-old firstly having to recover from some early trouble (she knuckled shortly after the start) before having to await a run as she travelled sweetly along the rails.

Racing for the first time with a tongue tie in an attempt to get her to settle better than she had at her previous outing, Dance With Fontein did everything right but early in the straight needed luck, held up for runs.

However the split did come and she took it quickly, showing a good will to win as she got clear by a lengths.

"She settled well and just needed that bit of luck," jockey Dean Yendall (who also won the next two races on the card) reported.

"She got through the gap and won quite well."

So strongly supported in the betting that she ended up favourite, Dance With Fontein won in the style of a filly with more to offer and, having had only five starts, she still has plenty of scope for improvement.