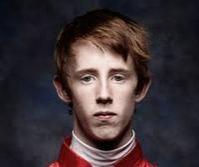 It was a deserved win for Grane at Seymour on Thursday, the consistent having been so game finishing in the first four at each of his four previous runs this preparation.

Whilst rising in weight from a Bendigo fourth, Grane was suited down a little in class contesting the Showcase BM78 and he was always travelling well despite getting a fair way back for Nathan Punch.

Spotting his rivals a good ten lengths for most of the race, Grane had considerable ground to make up turning but he put on display his excellent turn of foot quickly gathering then in before racing away to win by a soft 3/4 length.

Confident that Grane has further success in store this preparation, Robbie noted that "there are a few options for him coming up."

"We may stick to similar races though he might get his share of weight now - if that's the case we can have a look at some open class sprints for him."

A six times winner from 21 starts, Grane is a horse who just does not know how to run a bad race and he has done a great job amassing over $147,000 in stakes - especially as he cost just $18,000 as a Melbourne Premier yearling.

A son of Purrealist, Grane was bred by Dr Lesa Oldcastle. A half-brother to the metropolitan winners Giant Pointer and Lodging, he is out of the imported Be My Guest mare Set Point from an outstanding international family whose members include the Group One Singapore International Cup winner Epalo.