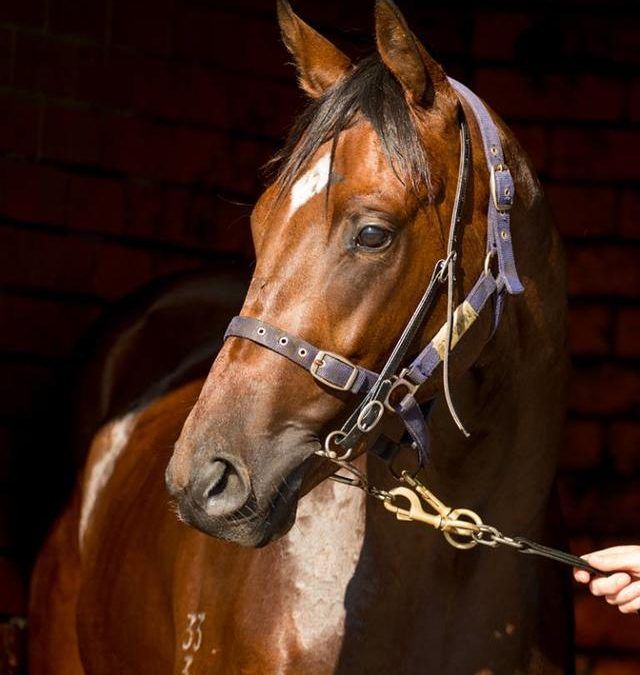 What a deserved victory it was for Notable Choice at Kyneton on Thursday, the consistent five-year-old having finished in the first five at each of his previous five outings – not having had much luck along the rails when the blinkers went on for the first time at Bendigo a couple of weeks ago.

Again things did not really looking to be going to plan at Kyneton, Notable Choice ending up a clear last off a slow beginning – though Matthew Allen was not too perturbed seeming he had intially been a bit concerned that he would end up wide from a tricky gate.

“On paper there did not seem to be much speed in the race and we had drawn a bit sticky but they ended up rolling along well and I got into a nice spot.”

“Though on the corner the favourite kicked away and I thought we’d run second, but to my boy’s credit he found the line well.”

That he did, Notable Choice spotting Coronel several lengths as they straightened for home but he really knuckled down late to record the fourth success of his 31 start career – a consistent one which has see him feaure in the placings on five occasions, amassing over $80,000 in prize money.

“He is always around the mark,” Reid Balfour said, “and it was great to see him get over the line today.”

“I thought he had no hope after he missed the start and dropped out the back – and even when he loomed up I thought he was going to run a nice second but he managed to pinch it.”

“That is two runs in blinkers now and arguably he should’ve won them both,” he added.

Catching the eye at the 2015 Inglis Melbourne Premier Yearling Sale, Notable Choice is a son of the reliable stallion Choisir and the winning Encosta de Lago mare El Shahar.

Served last spring by Akeed Mofeed, El Shabar is a half-sister to the Goodwood Handicap winner Zip Zip Aray and the Listed winner Zipanese from a prolific family that has produced the big race winners General Nediym, Horlicks, Brew, Nicconi, Niconero and Interstellar.