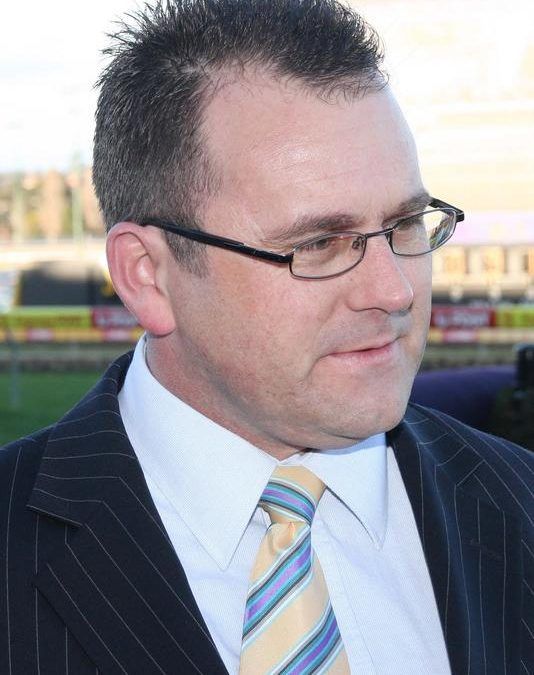 As the field in the 1212m maiden at Sale on Friday approached the turn it did look as though our filly Riotous Mischief (who was right in the market having had no luck at her previous outing racing in the wrong part of the Terang track) was going to be in the finish.

Having settled towards the rear from a tricky outside gate, she was still a long way off the leaders- and she looked to be under pressure. But as she was hooked out wide by Brian Park she really started to gain momentum and from the 100m she was off and away – saluting by an impressive 3 3/4 lengths.

“I was further back than I wanted to be and four wide without cover,” Park said.

“She was only just travelling so I elected to bring her back again and get her a bit of cover and switch her right off.”

“Once I let her down she exploded away!”

:”She really motored home,” Beth Schoen said, relieved that she was back in form off her Terang run.

:”Even when there are excuses it is good to see the back running to their true form.”

And hopefully there is more to come, Beth noting that Riotous Mischief has been thriving and “not showing any signs of training off.”

The winner of seven of her 29 starts including successes at Moonee Valley, Caulfield and Sandown, Running Riot is also dam of the five times winner Making Mayhem. Hailing from the family of the VRC Derby and Australian Guineas hero King’s High, she can also count amongst her relations the stakes winners Regal Artery, Arabian Gold, Flaming Wonder and Golden Twig.