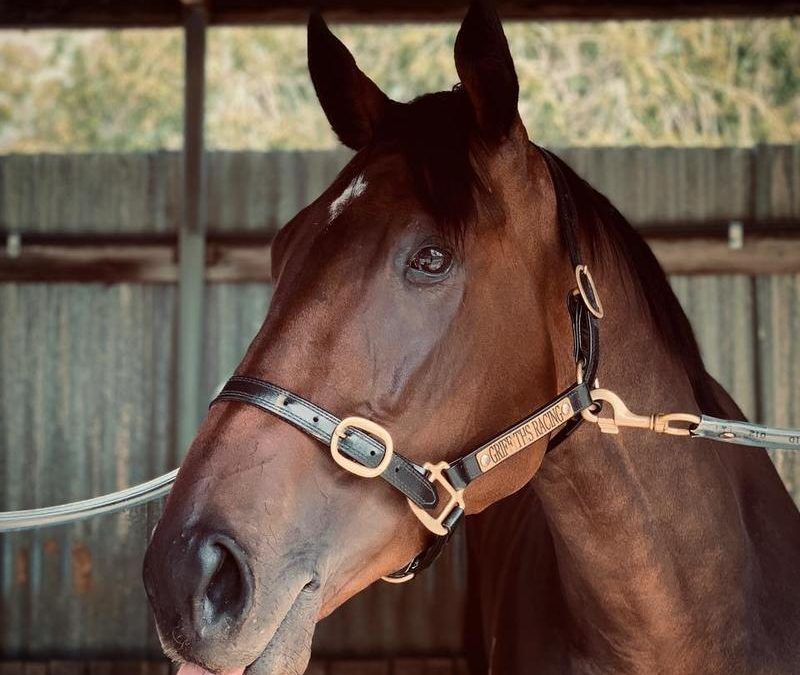 With her head down low and her ears pinned back, well related filly Tack really wanted a debut victory at Bendigo on Tuesday and she got it – showing great heart and determination as she wore down her rivals over the final stages of the 1100m maiden.

Jumping fast before taking a sit behind the leaders, Tack travelled well for Matthew Allen who had got a good feeling for the three-year-old riding her at home. Whilst he feared that she was not absolutely primed for a first up assault, he was confident in her ability.

“I knew she would improve fitness wise from today, it was her class that got her through,” he said, adding that “I really like her. She has got a nice temperament.”

“She has taken a while to get her action together – she is a big, gangly sort of filly – but I was pretty happy with how she went today. I didn’t want her bottled up, I just wanted to keep her balanced and happy.”

“She was away well and Matt just let her find her feet and get into a nice spot,” Beth Schroen said.

“Coming down the straight she looked like she hit a flat spot but then she wound up… it was fantastic to see her do that at debut and by the way she races you would think she will get 1400m, maybe further.”

Raced by happy long time loyal clients Craig & Kathy Pearce, Tack was a $200,000 purchase at the 2017 Inglis Easter Yearling Sale. A daughter of the late great Redoute’s Choice bred by Arrowfield Stud, she is the fourth foal and fourth winner for the lightly raced metropolitan winning Hussonet mare Line Honours.

Also dam of the Gr.3 placegetters Extra Olives and Regatta Rebel, Line Honours – who was served last spring by Olympic Glory having produced a Maurice filly in early October – is a daughter of the four times Gr.1 winning Encosta de Lago mare Alinghi.