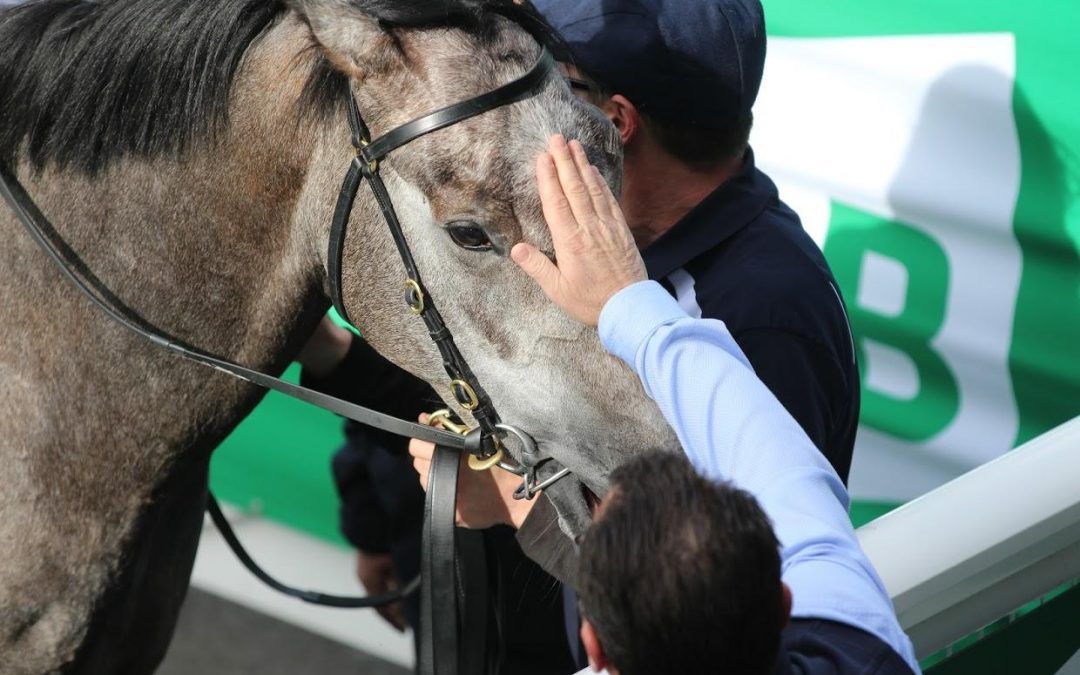 So impressive was Fidelia when she charged home along the rails at Sandown a couple of weeks ago that punters were keen to again support her as she rose in class and distance at Flemington on Saturday.

Sent out favourite, the exciting grey had the advantage of a lovely gate – 4 – and we were all expecting that she would enjoy a soft run with the stable’s Don Healy saying to jockey Ethan Brown “if you are one out and one back you should win.”

But, having not ben the best to begin, Fidelia ended much further back than anticipated, Brown not panicking as he got the three-year-old into a good rhythm.

Approaching the turn however there was not much room for Fidelia who, upon turning, was last of the 12 runners.

Not much went right early in the straight either, Fidelia having to come off heels to get into clear running – which thankfully she did from the 300m and by the 200m she was charging, putting in the long strides to so impressively claim her rivals, drawing clear late to win by a soft length.

Two wins in a row, three in total from just seven starts. The future looks bright!

“I wanted to be a lot closer,” Brown said, “but she just wouldn’t muster speed so I ended up just having to bide my time.”

“Coming around the home corner nothing went right for her. Horses were going left, right and centre and we were back last but she overcame that and sprouted wings late.”

“Class prevailed, she was very strong to the line – she showed a great turn of foot which got be out of trouble!”

“She is a very nice filly,” he added.

Healy agreed – “she has that great turn of foot,” he enthused, “which is the sign of a good horse.”

Healy admitted to being concerned during the race – “I can’t tell you what I was thinking!” he laughed as he chatted with the press… “but it was a good ride by Ethan and we will thank him for that.”

Part of a good day for the reliably classy stallion Not A Single Doubt, Fidelia is out of the successful broodmare Fidele whose first six foals are all winners. Her dam is the stakes placed Truly Believe from the strong black type family of Simply Believe, Faith Hill, So Si Bon, Black Minx, Global Exchange, Pure Of Heart, Schubert and Prego.