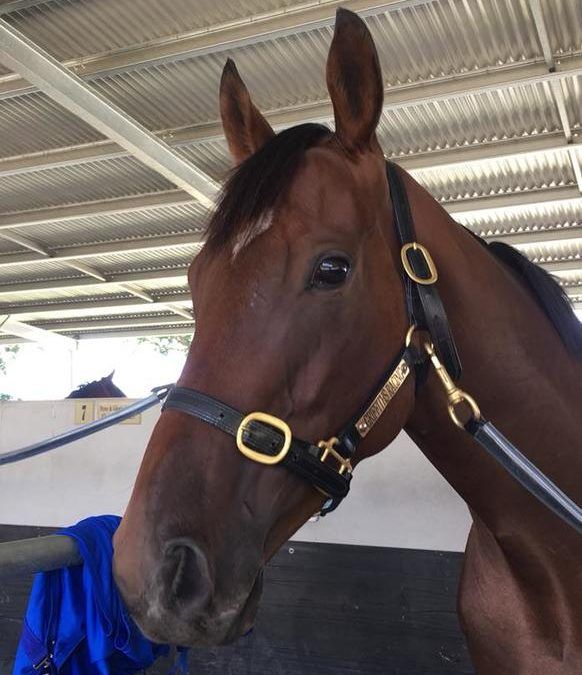 “He was just going through the motions a few months ago but since Robbie put the blinkers on he has not run a bad race,” said Matthew Allen after he partnered the consistent Notable Choice to a sixth career victory, the five-year-old proving too tough for his rivals in a BM64 mile contest at Sale on Tuesday.

It was a second win in a row for the bay who is deserving of his success having run into more than his fair share of bad luck at several runs over the autumn months – and he has now amassed over $120,000 in stakes.

Patiently ridden from barrier one, Notable Choice got back along the rails but was able to save ground turning – getting a split when needed, going through his gears to wear down the leader, putting his nose down right where it counted.

“If you put him on the speed he pulls and doesn’t finish off,” Allen said.

“He just needs that bit of cover and he had a nice run today. Fortunately we got that split at the top of the straight and he did the rest.”

“He really had to dig deep and fight,” Beth Schroen added, describing Notable Choice as “a consistent horse who gives 110% and finds that extra length.”