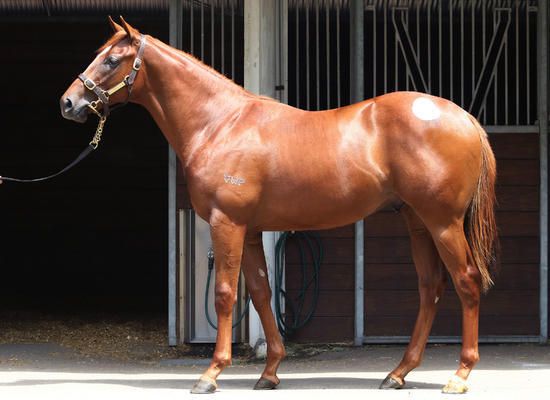 There was a little bit of crowding early in the straight in the 1400m Class 1 at Pakenham on Thursday evening but our fellow Magnossiva is not the horse to let that sort of thing bother him.

He is all heart and as soon as the running was clear he began his run, gradually wearing down the leaders and showing plenty of fight as he was challenged over the final stages.

Doing a good to find winning form at only his second run back from a spell, Magnossiva had been good without much luck when resuming at the same track over 1200m, putting the writing on the wall for his next assignment – though there was a feeling in the stable that another run would improve him.

“We thought he might have needed another run,” Jade Matthews said, adding that barrier 11 had also been a concern – “Robbie nearly scratched him this morning!”

“But it was a great ride and everything worked out perfectly. I thought he might have blown out in the straight but he is a little fighter.”

“He raced a bit fresh last time and it was a solid pace,” jockey Matthew Allen said, happy with the level of

“His best form is better than most of these we just had to overcome that wide barrier which we did, got a nice cart into the race.”

It was win number 2 from nine starts from the promising three-year-old who is a son of our favourite stallion Magnus. Catching the eye at the 2017 Inglis Classic Yearling Sale, he is the first foal produced by the Hussonet mare Tenossiva – granddaughter of the dual Gr.1 winner Lady Jakeo (Blue Diamond Stakes, Australia Stakes).