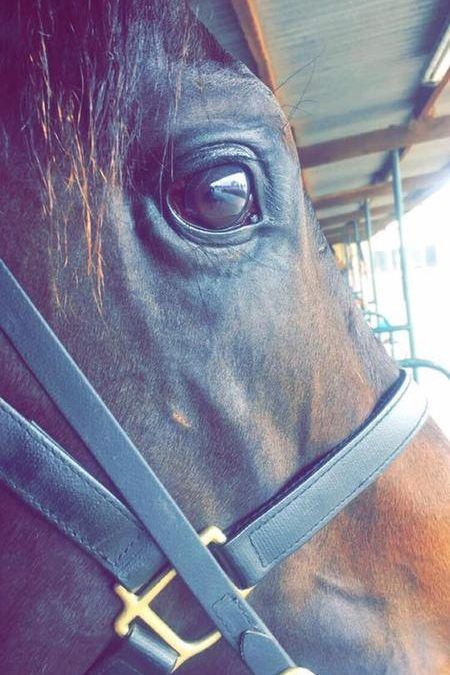 It is no mean feat to win six races so kudos to Terindah who achieved just that with his determined victory at Warrnambool on Tuesday.

Doing a good job under the steadier of 60kg – carrying 2 1/2kg more than the runner up and 6kg more than the third horse – the tough six-year-old was game chasing the leaders having drifted back in a race with good pace on.

It was hands and heels riding too with jockey Matthew Allen losing his whip half way down the straight… but Terindah just kept responding with this win increasing his prize money tally to beyond $150,000.

Whilst out of the winners circle for a while, Terindah had been racing in good form with four placings in between his latest successes… not always having the best of luck having been in the worst part of the track when finishing last at Cranbourne at his previous start.

Appreciative of a drop in class, Terindah also relished the heavy conditions though his wins have come on all sorts of surfaces at six different tracks; Kilmore, Mornington, Cranbourne, Pakenham, Ballarat and now Warrambool… lots of fun for his happy owners led by his breeder Kevin Wacey.

Unfortunately she has not had a great deal of luck at stud but she does have a Dissident two-year-old whilst Down The Hatch and Congenial are both city winners with the latter going on to produce the stakes placed Pearl Congenial. Meanwhile her placed daughter Salutations is dam of dual stakes winner Wild Planet and the promising stakes placed Super Seth.

This family, one that has as its ancestress the famed matriarch Chelandry, has been producing good horses for generations with Terindah able to boast amongst his close relations the stakes winners Solo Show (his second dam), Solo Performance (his third dam), Clout, Beyonce’s Star, Oak Door and Rock Show.