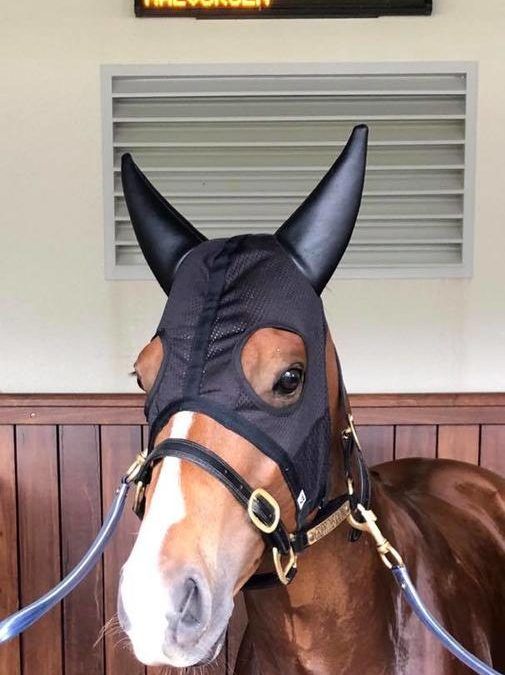 Well it was the perfect comeback for Robbie at Flemington on Saturday – at his first day back at the races following his recuperation period on the back of surgery, the trainer delighted to cheer on a winner.

And a home-bred winner part owned by Robbie and Shiranee to boot!

Fast becoming a stable favourite, the talented sprinter Halvorsen sat last of the seven runners contesting the $125,000 Living Legends Trophy – always travelling well down the middle of the track for Dean Yendall who was having his first ride on the four-year-old.

Widest of the runners approaching the 300m, Halvorsen really let go over the final stages, hitting the lead with around 100m to go and drawing clear to salute by an impressive 1 1/4 lengths.

It was a second Flemington straight win in a row for the bay who had done such a great job under the steadier of 61kg at his previous outing. He was down in weight for this assignment but up in class – winning in the style of a horse who still has plenty more to offer.

“He is definitely up to stakes grade,” Yendall said – “he is a smart horse going somewhere.”

And hopefully that somewhere is the Gr.3 Standish Handicap – back at Flemington – on New Year’s Day.

Mindful that Halvorsen can be a bit keen if ridden too aggressively, Yendall was kind to the horse early though at first he worried that he may have gone overboard.

“Robbie said not to dig him out and I probably overdid it a bit, I grabbed hold of him straight away and they had three of four lengths on me within 50 yards. But I didn’t panic, I just let him travel up behind them.”

“I have him a bit of a squeeze at the clocktower and he surprised me with how easily he picked them up – he smashed them in just three strides, he was never in doubt.”

“That’s the way to do it!” Robbie said of his return to the races, humbled by the level of support afforded him – “it took me a long time just to walk from the car park to the mounting yard,” he joked, noting how often he was stopped by well-wishers.

“I can’t believe how well I have been welcomed back today, it has been incredible, racing is such a great family.”

There is much to look forward to with Halvorsen with Robbie saying that “he has got an explosive turn of foot – very few horses can keep up with him once he unleashes.”