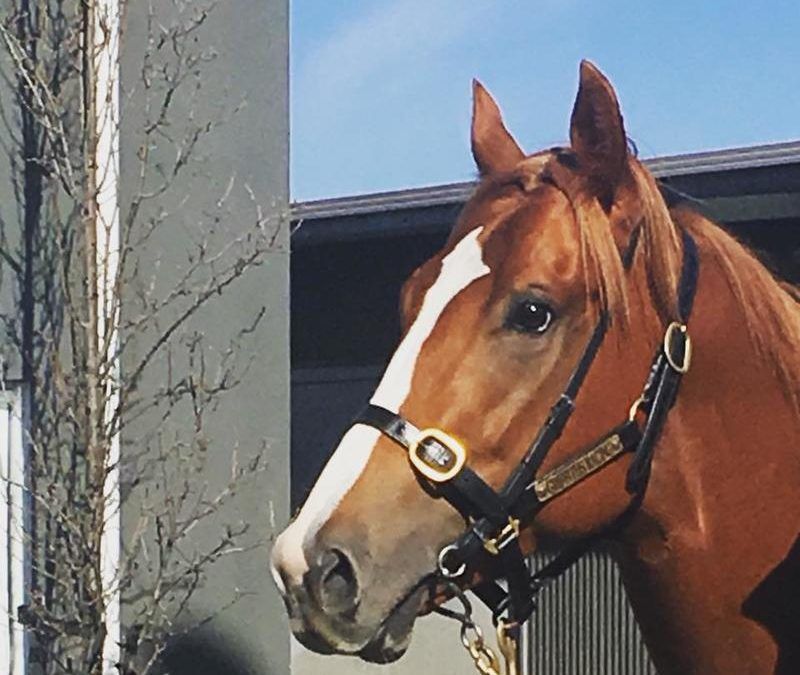 How good it was to see Robe de Fete back to his best at Benalla on Tuesday and what a tough win it was in the BM58 1406m contest.

Out of the placings at his first two runs back from a break (gelded in the meantime), Robe de Fete had found his rivals a bit too speedy over sprinting trips but up in distance he was better placed to dictate.

Not that he had all his own way, after a fast break the handsome chestnut unable to cross to the rails with a roughie kicking up along his inside for most of the race.

But he had that horse well and truly off the bit turning and by straightening he was a length in front – giving a lovely kick in the run home and maintaining a 1 1/2 length margin to the line.

“All credit goes to Robbie,” jockey Brad Rawiller reported… “he was admanant about how to ride him to get him back into form and he came up trumps!”

“Hopefully that win will be good for his confidence and he can go on with it from here.”

Rawiller was impressed by the courage shown by Robe de Fete after the work required to maintain a strong pace throughout – “it was a pretty good tempo and he had a big weight – yet he was able to fight it out right to the line.”

“He might get softer runs in the future and be able to run the trip out even more strongly, I could see him getting up to the mile where the tempo is only going to suit him better.”

“It was great to see him back in winning form,” Reid Balfour said.

“He has not had the speed to get closer in the shorter races and Robbie has always planned to make him a seven furlong leading type of horse and those tactics have paid off today.”

Balfour was not too concerned during the running, confident that Robe de Fete was the best horse in the race – “I hoped he’d have a bit of class on them and that proved to be the case.”

“He has a high cruising speed,” he added, “and when races are run to suit him he is hard to get past.”

The winner of four of his 16 starts, Robe de Fete is a son of the globe-trotting sprinter Choisir and the nine times winning Mossman mare Party Dress. Twice successful at metropolitan level, she was served last spring by Epaulette and is also dam of a yet to be named Star Witness two-year-old colt.