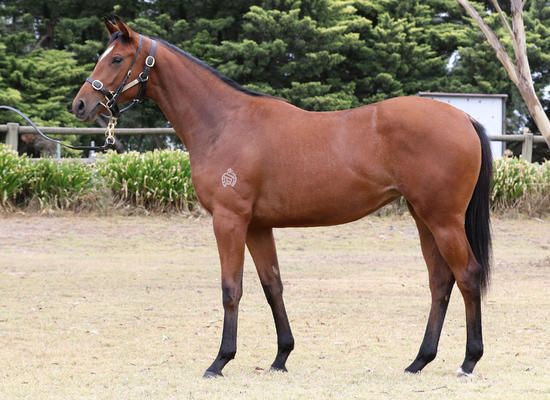 It may have taken Lady Cornelia a little while to break through for her maiden victory but when she did so she did it in style – racing away to an easy win at Hanging Rock on Monday.

Jumping fast from the inside gate, Lady Cornelia was in front for the initial stages of the 1000m contest but once the speed went on jockey Carleen Hefel was happy for her to take a sit.

Which paid dividends with the mare travelling well – looking to have plenty in hand approaching the turn with the leader firmly in her sights at the corner.

Always showing ability – and not always having the best of luck – Lady Cornelia had been consistent in the lead up to her first win, not out of the first four at her previous three outings.

“She has been thereabouts and it was fantastic to see her winning so well,” Robbie said.

“It was a great ride by Carleen who has always got along well with the filly – big congratulations to her patient connections.”

“It was a pretty dominant win after consecutive placings,” Carleen said – “she had the perfect run in the race and ran really well.”

Bred by Robbie, Lady Cornelia is by the five times Gr.1 winner Canford Cliffs out of the lightly raced but talented Royal Academy mare Prospect Royale.

Also a member of the stable she was a Bendigo winner and Caulfield placed from just six starts and what a great job she has done for us at stud – Lady Cornelia her fifth foal and her fifth winner!