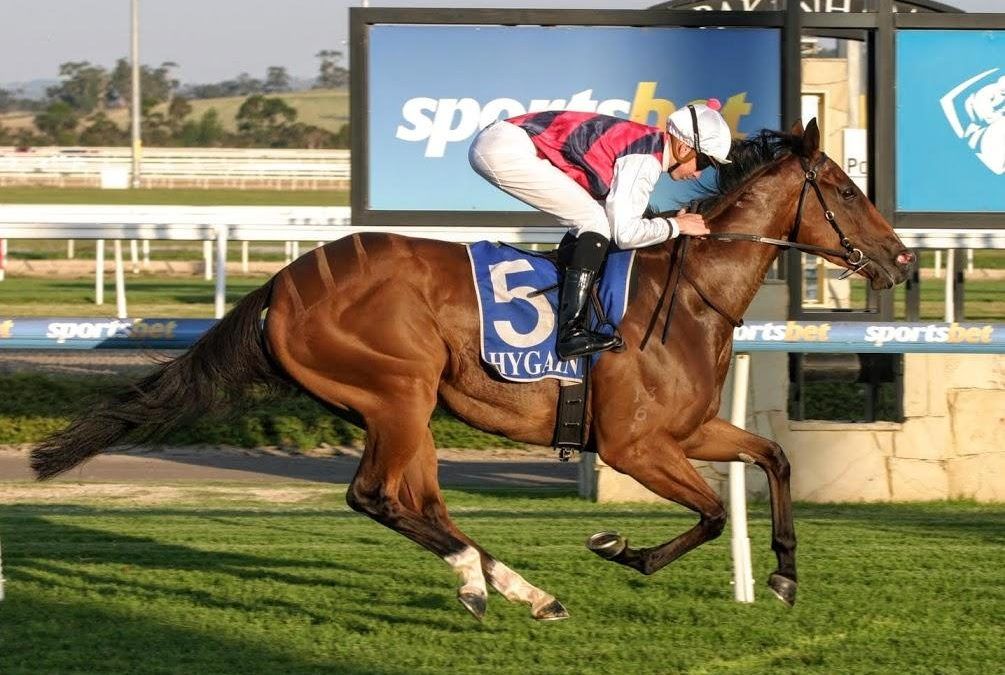 She was odds-on and she won like it, Lady D’Oro so impressive racing away to an easy maiden victory at Pakenham on Thursday evening.

Having just her third start – catching the eye with gutsy seconds at her first two outings – the promising bay proved to be a class above her rivals in the 1400m contest, always travelling well right there on pace for Jye McNeil.

Whilst it was not the original plan to lead, Lady D’Oro flew the gates and was into a good rhythm with McNeil happy to let Sphera up her outside whilst not allowing that horse to get in front.

“That horse wanted to go quickly but I didn’t want her crossing me in case she stopped,” McNeil said.

“We really wanted t be just behind the speed but she got away really well and was travelling strongly so I just let her roll and she was comfortable and we were able to see that great finish she has.”

“She has progressed well with each run,” he continued, happy to celebrate his news from earlier in the day – he is to be a dad for the first time – with a win!

Jade Matthews was also very happy, pleased with Lady D’Oro’s continual improvement – “she is going so well, she can head to a city race now and hopefully keep stepping up.

“She is a lovely, relaxed filly who does everything asked of her – she keeps learning and has plenty of upside.”

Catching Robbie and Peter Ford’s eye at the 2018 Inglis Easter Yearling Sale, the daughter of high class stallion Medaglia D’Oro was born and raised at Tyreel Stud with the historic farm remaining in the ownership – Linda Monds always holding the filly in high regard.

“She such a cutie as a foal, a quality filly who had grace and style.”

“She has taken her time to strengthen,” she continued, noting that Robbie included some dressage work in her preparation.

Lady D’Oro is the fourth to race and fourth winner for the Bendigo winning city placed More Than Ready mare Morrego. Served last spring by Headwater having produced a Merchant Navy filly in early September, she is also dam of the stakes placed Klammer and the five times winner Schindler.