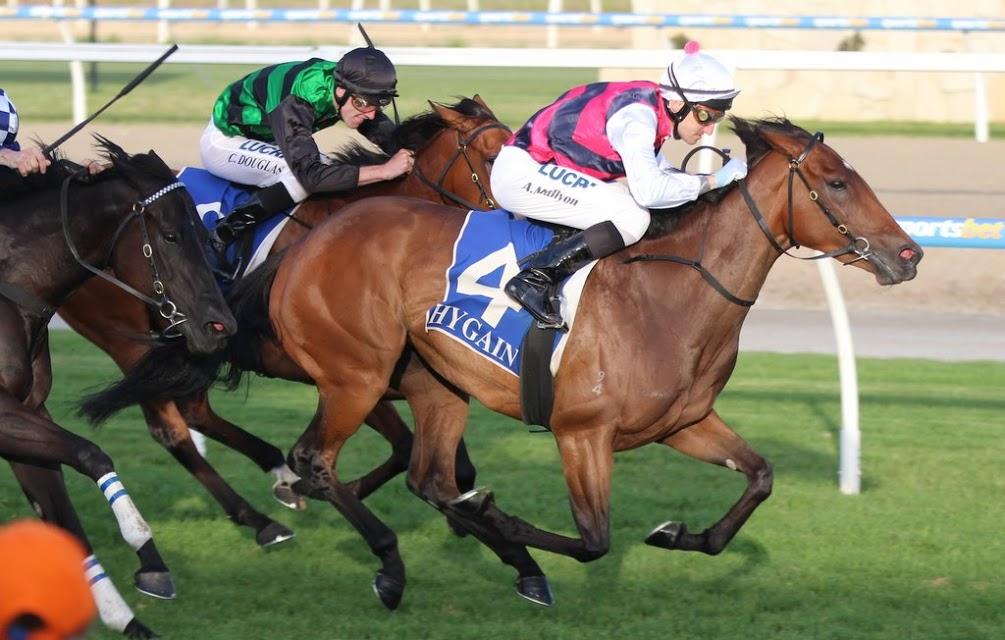 Settle at the rear, hook out turning, swamp rivals down the outside – what a great recipe for success that has been for the partnership of Influential Girl and Carleen Hefel, one that has now yielded three victories, the latest a BM64 1600m contest at Pakenham on Thursday night.

Sent out favourite having run so well at BM78 level at her previous outing, Influential Girl as usual enjoyed her role as backmarker, relaxing so beautifully and doing everything of asked of her as she approached the business end of the race.

Always looking like she had the others in her keeping, Influential Girl charged late to record the fourth win of her consistent 12 start career and her third at the track.

“She tries so hard, she loves the wet, she loves Pakenham and she loves Carleen,” Robbie said – “so she ticked all he boxes in that race!”

On course Jade Matthews was delighted – “she is just a little superstar, she loves being a racehorse.”

“I was a bit worried that they were going a bit slowly but she just scooted down the outside on that wet track – Carleen can ride her the same every time and it just seems to work.”

“Se may now look for some city races for her now, possibly even step her up over a little further. We can keep chipping away as she always steps up to the mark.”

“The conditions were ideal for her,” Carleen said – “and she was again able to run over the top of them, she is flying this prep.