Riotous Mischief Salutes On The Back-Up 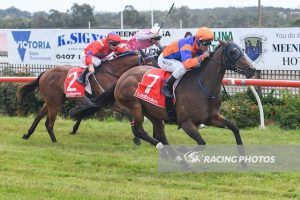 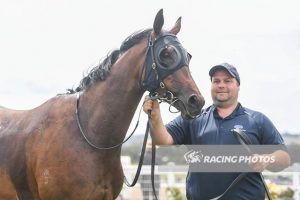 What a tough performance it was by Riotous Mischief at Stony Creek on Monday, the five-year-old recording a dominant victory having raced well without the best of luck at Geelong just two days previously.

“She came through that run in great order,” Robbie said, “and aided by a fantastic ride by Michael Walker she got the job done.”

“She has always not had the best of luck so it was nice to see everything come together for her this time… hopefully there are more wins to come.”

Allowed to find her feet from a good gate, Riotous Mischief settled into a good rhythm back in the field and was ready to chase as the field bunched approaching the turn.

Circling them into the straight, she was the widest runner but really knuckled down over the final stages and was able to draw clear late – her winning margin an impressive 1 1/4 lengths.

A home-bred for the Hoare family’s highly successful Devon Park Stud, Riotous Mischief is a daughter of Casino Prince and the multiple city winning Red Ransom mare Running Riot who was competitive at stakes level.