TRYGVE IS A TRIER 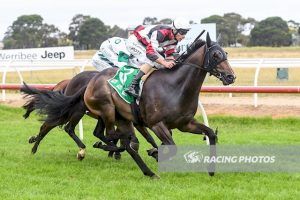 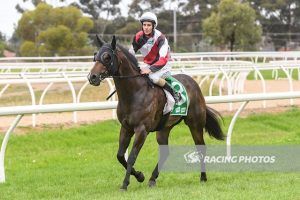 A win for Trygve Werribee on Sunday was a reward for consistent form, the tough and honest four-year-old having been close up and so game in the placings at his two previous starts.

Getting back along the rails from the inside gate for Jamie Mott, the son of Magnus was in a tricky spot coming to the turn but the runs came and he showed good heart wearing down the leaders – able to draw clear late to win by a length with plenty in hand.

It was win number three for the imposing bay who is a full brother to our star sprinter Halvorsen. He was bred by Robbie as was his dual city winning dam Flourishing who is a regular visitor to Magnus, a stallion with whom the stable has enjoyed such great success. Served last spring by him, she has produced two colts by him in recent seasons.

Flourishing is a half-sister to another stable favourite Beltrois who we so sadly lost after a Flemington victory in 2012. This is an historic Victorian family, one nurtured by Stockwell Stud with the 1973 Golden Slipper hero Tontonan being one of its members.

“It has taken a little while for the penny to drop, as it did with his big brother Halvorsen, Robbie said, “but the true Magnus fighting spirit came out at Werribee and he got the chocolates!”

“It was three runs in as many weeks but being a winner at the track previously we elected to run, and it all fell into place. It was a great ride by Jamie and a big congratulations to all the owners… onwards and upwards for Trygve!”