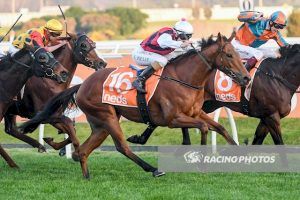 What a marvel King Magnus is, one of the stalwarts of the stable providing so much fun for his happy owners winning five of his 15 starts – at Caulfield on the weekend recording his second Saturday metropolitan victory.

Third up from a spell having buckjumped when resuming, improving with an eye-catching Sandown second next time out, King Magnus was nicely primed; enjoying a healthy weight drop from the 60.5kg he carried in midweek company to the relatively luxurious 53.5kg thanks to the claim on in-form apprentice Alana Kelly. 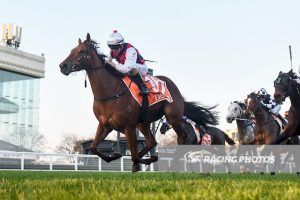 Settling well midfield, King Magnus was out into the clear and within striking distance turning in the 1400m event – charging home out wide from the 300m and digging deep when Jumbo Ozaki came up along the rails.

“He got to the front and daydreamed a bit,” Kelly reported, “but I like the way he came on when the horse came up on his inside – he is tough when they come to him.”

Certainly a horse who likes to win – as his excellent strike rate shows – King Magnus has displayed his versatility winning at four different tracks on differing going. And already he has amassed in excess of $240,000 in stakes.

King Magnus’ win was part of a big day for Kelly who rode fellow Cranbourne galloper Falls to victory earlier in the day, and we have been impressed by her talents.

“That was a tactically intelligent ride,” Mat de Kock said, happy to see King Magnus back to his best having kicked off his campaign with his rodeo show at Sandown.

“We don’t know what that was about, it was very strange, he has never done anything like that at home.” 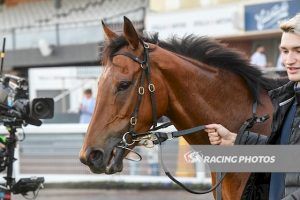 A son of the stable’s favourite stallion Magnus, King Magnus is a full brother to our terrific mare Influential Girl who was such a brave third at big odds earlier in the day; a great day for the Flemington winning broodmare Influential Miss.

Hailing from a high class international family whose members include the Melbourne Cup winner Cross Counter and the wonderful filly Magical, Influential Miss has had a few years off but was back in action last year, served by Palentino. 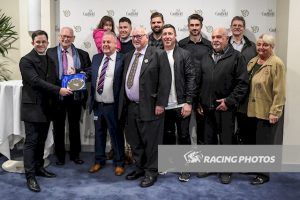